When we understandCross-border e-commerce ShopifyWith its brilliant development history, it is not difficult to understand why it has become one of the most famous multinational e-commerce platforms on the Internet today.

Shopify was founded in 2004. At the beginning, several founders of the company wrote software for its online snowboard shop. According to the company’s announcement, the existing globalMore than 400,000 merchantsUsing its platform, the total value of goods exceeds 34 billion U.S. dollars.

Tobias Lütke, Daniel Weinand and Scott Lake co-founded Shopify in 2004 after opening a Snowdevil online store (for the sale of ski equipment and services). Unsatisfied with the existing e-commerce products on the market, Lütke, a computer programmer, decided to develop his own trading software/program.

Lütke used the open source web application framework Ruby on Rails to build Snowdevil's online store, which was released after 2 months of development. The founders of Snowdevil released in 2006 and started to operate the shopify platform.

In April 2010, Shopify released a free APP for Apple mobile phones. This APP allows Shopify shop owners to view and manage their shops through IOS. In 2010, Shopify launched the Build-A-Business competition, where participants can use its e-commerce platform to create their business. Contest winners can receive cash prizes and the title of mentor (status) from the organizer. Among the more famous winners are rich philanthropistsRichard Bransonas well asEric Ries(Entrepreneur, writer and blogger). In 2010, Shopify was rated as growth by the Ottawa Business Journal (Ottawa Business Journal)Fastest company. And in December of the same year, Shopify received an investment of 7 million U.S. dollars, and in October 2011 it received 15 million U.S. dollars.

In August 2013, Sohpify announced the official release of its payment method: shofipy merchants can accept credit card payments without going through a third-party payment platform. Subsequently, it was announced that the iPad-centric POS system was launched, which can accept credit card payments using Ipad, and Shopify received another 100 million US dollars in investment in December 2013. 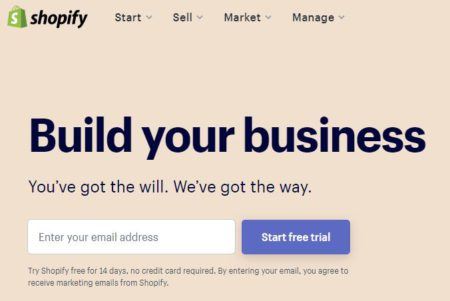 As of 2014, there are nearly 120,000 online retailers on the Shopify platform, and they are ranked third in Canada's Deloitte's Fast50, and North America's Deloitte's Fast 500 is ranked seventh. In 2014, Shopify has received more than 100 million US dollars in revenue, which is twice its previous years.

In September 2016, Shopify partnered with Paystack to enable online retailers in Nigeria to accept credit cards from customers all over the world for checkout. On November 22, 2016, a mobile phone APP-Frenzy that can greatly improve the limited-time sales business was released. On December 5, 2016, Shopify acquired Tiny Hearts, a mobile phone product development studio located in Toronto, which subsequently evolved into Shopify’s R&D office.

In January 2017, Shopify announced a partnership with Amazon to allow Shopify merchants to sell their products on Amazon. After that, Shopify stock grew close to 10%.

How do these people earn 6 figures a year on Fiverr